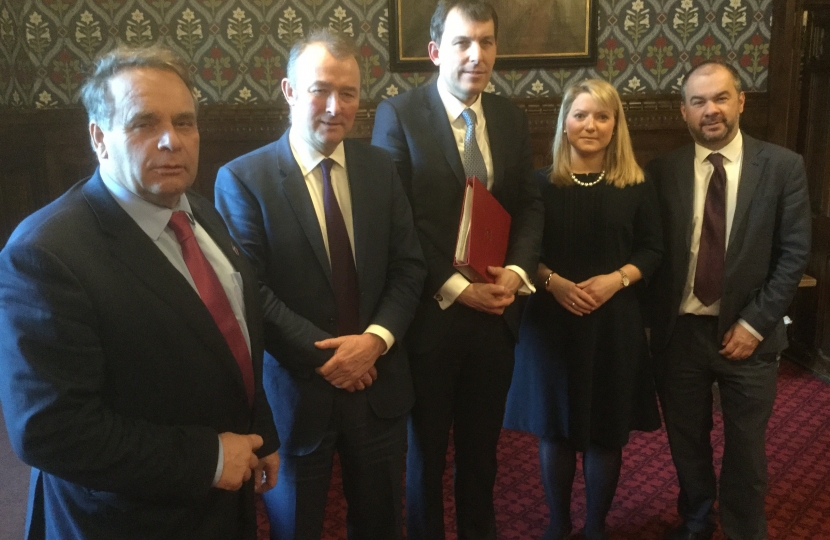 Simon Hart MP has been speaking in Westminster about rural bank closures – hot on the heels of Santander announcing the closure of its Pembroke branch.

The banking chain is closing the Main Street branch a year after NatWest pulled out of the town.

In a Westminster Hall debate regarding the Santander reorganisation, Mr Hart highlighted the enormous knock-on effect that a bank closure can have on a small community.

Speaking about the closure of NatWest in Narberth, Mr Hart told MPs: "The closure in my community of one high street bank, and the removal of its cash machine, had a profound effect on the profitability of other businesses within just a couple of hundred metres, which rely on cash circulating.

"They noticed within a day the negative impact of that development."

Mr Hart has now arranged a meeting between local business leaders and Santander which will take place in the next few weeks in Pembroke.

"It seems that Santander is already dead set on this closure, however the Chamber of Trade wanted to meet the bank's representatives to state their case and they have agreed to come to talk to them."

It’s good news that the Llandewi Velfrey bypass is at last going to go ahead, having narrowly escaped the most recent Welsh Government “review”.