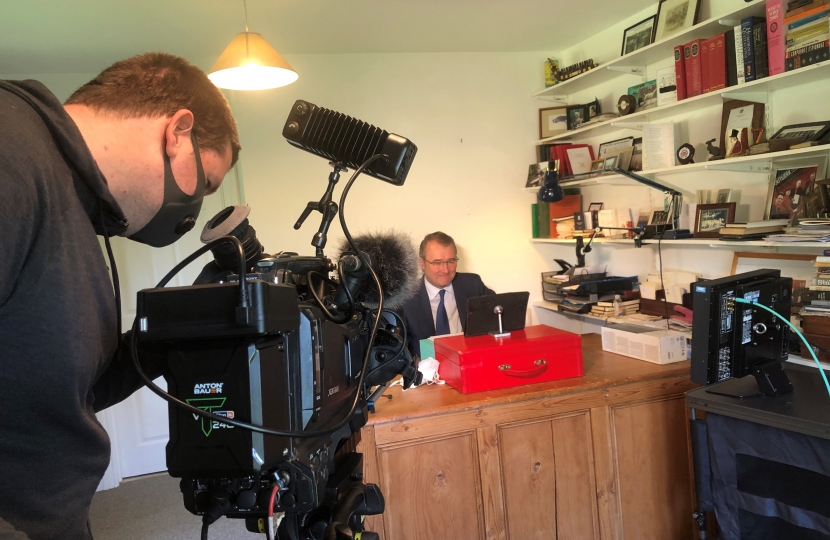 Being political about COVID can understandably feel a little awkward and inappropriate at times like this. After all, aren’t we all in this together?

It’s why I have felt uncomfortable in the last few days as a few journalists have started to move this from a health challenge in which we are all invested, to a political drama in which we will inevitably be divided. I’m incredibly protective of a free press – it’s an essential democratic function, especially if the political opposition is as adrift as it is now. We have some incredibly fearless and forensic journalists. I know many of them personally yet we pursue a ruthlessly professional attitude to our work. Despite managing to infuriate both left and right, the BBC remains an incredible news service, respected around the world and often the only safe place to turn when a global story breaks. And despite what we may read on social media, most newsrooms are made up of good people determined to bring truth to public attention. But it seems there are exceptions.

In any crisis – especially one like this – facts matter. I want our press to challenge us, to root out incompetence, to hold politicians and Government’s to account. They should ask the questions we don’t want to answer, without fear or favour. And if that means we end up on the wrong side of a story, so be it. I’ve been there, and its an awful feeling.

So over the last couple of weeks its been out of character to see sections of our great press (and they are not the majority) report on COVID situations which bear no resemblance to the facts as I knew them – and I was in the room.

Reporting that Boris was not present at a small number of COBR (Cabinet Office Briefing Rooms) meetings at the start of the crisis was correct, but the author’s guesswork as to why, were not only inaccurate but clearly intended to impart an ‘agenda’ – namely that the PM wasn’t that bothered or interested. Why no reference to the multitude of meetings he did chair, the cabinet discussions or the expert briefings? And no reference that in the pandemic rehearsals of 2016 COBR established the routine that early meetings would be chaired by the Health Sec.

... we are told there is a conspiracy, one designed to manipulate evidence to suit some malevolent Government desire

The brilliant Chief Medical Officer Professor Chris Whitty’s comments that we could “learn a lot from Germany” were seized upon as a suggestion that we had testing capacity but could be bothered to use it. Wrong, all he actually said was that a wider “lab base” for testing purposes could have put us in a stronger position, but we didn’t have one. There will be numerous lessons for the future, and of course this capacity is one.

And what of the Chief Scientific Advisers Sir Patrick Vallance’s ref to ‘herd immunity’? It was written up as if this was Government policy. It wasn’t then and it isn’t now, but it is an epidemiological reality being explained by one of the world’s leading experts. Every day these two top-class professionals distil the world’s latest data so that the advice they give to Government is as good as it can be.

And then (cue suitable outrage) we are told that the presence of the PM’s advisor at the Scientific Advisory Group for Emergencies (SAGE) meeting was quite clearly a conspiracy, designed to manipulate evidence to suit some malevolent Government desire to make our response to COVID even more challenging than it already is. Whilst the much talked-about Dominic Cummings has many qualities he isn’t a hypnotist and the SAGE committee will have reached their views as they always do - on the basis of evidence. In every meeting I attend, from the Cabinet downwards, every day, there are advisors present. It is normal. There really is “nothing to see here”.

All this matters much more in a crisis like this one, as we struggle to balance the views of epidemiologists, behavioural scientists and economists. Not only does the news need to be accurate, but so does the context.

Whatever citizens may feel about Boris or his Government, most people (as expressed so brilliantly by Max Boyce) would actually quite like him to succeed in his endeavour to ‘flatten the curve’. By seemingly willing him to fail, this small section of the UK media risk two things, one that matters more than the other.

The first is a continuation of the trend away from traditional news sources as a reliable source of information. In other words it’s a self-defeating policy. Secondly, by deliberately casting doubt on the professional judgment of Messrs Whitty and Vallance (whilst knowing that the claims are inaccurate) reporters are risking a rise in non-compliance with their advice and all of the horrors that a second COVID spike and lockdown would bring us.

Compassion & generosity. Resilience & innovation. With these characteristics in abundance, our counties will recover.

Intensive Care nurse Dawn Bilbrough sat in her car in tears and raged at the selfish individuals who stripped her local supermarket of all fresh fruit and vegetables while she worked a 48-hour shift.

This page has been designed to provide up-to-date information, guidance and advice with regards to Coronavirus (COVID-19). Use the section to the left of the page to navigate to specific advice and guidance.

If you need medical help, please use the 111 online coronavirus service.


I have had a number of individual emails with varying queries and I shall do my best to answer as many as I can in this wide ranging reply. You can find my previous update here.