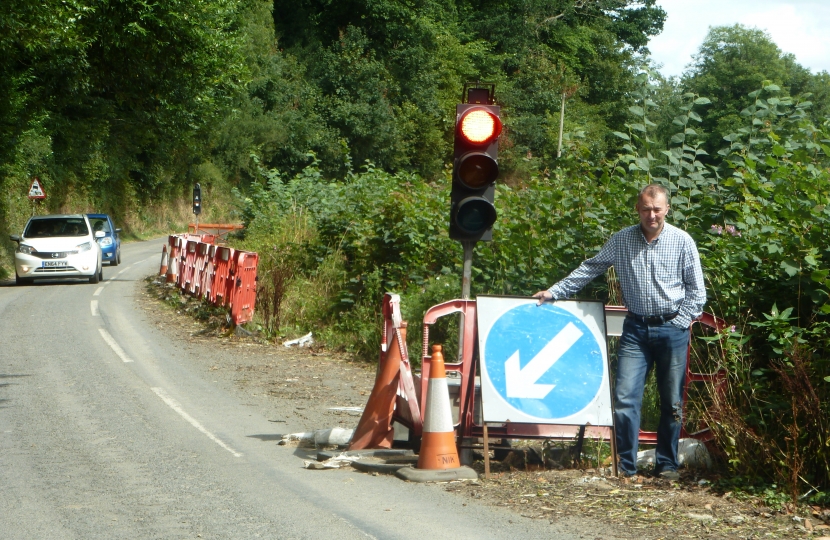 Simon Hart MP is rejoicing that nine-year long “temporary” traffic lights will be gone by Christmas.

The lights were put up on a narrow section of the main road between St Clears and Meidrim in October 2012 after a lorry crashed through the hedge.

“A row ensued between the landowner and the lorry insurers which I helped to resolve before the time limit ran out,” explained Mr Hart.

“Disappointingly, repair work was then held up by another couple of years while access issues were sorted out.  I have written directly to the landowner, lobbied the county council chief executive and liaised with local residents throughout this.”

Now Mr Hart has been told that the county council will start on the work in November with it being completed by Christmas.

“This is wonderful news for the many people who use this road regularly, it is ridiculous that it has taken nine years to resolve the situation, which although complex, should have been resolved much earlier,” he added.

Politicians and businesses are frustrated at the lack of progress to prevent flooding in Carmarthen.

The Quay was under water three times in three months last winter and an action group met in March to discuss the way ahead.