It’s good news that the Llandewi Velfrey bypass is at last going to go ahead, having narrowly escaped the most recent Welsh Government “review”. This has been an on/off saga for almost a decade so I have sympathy for residents who tell me they will believe it when they see it! However, there is a rather mysterious twist to the tale....

Minister digs himself a hole

When the Welsh Gov minister Lee Waters announced his road improvement pause on June 22 he excluded all schemes where, as he put it, there were “diggers in the ground”. This raised two urgent local questions. Firstly, the promise that the Welsh Gov had apparently given to Plaid Cymru to proceed with Llandeilo, and secondly the small matter of there being no diggers anyway near Llandewi - let alone 'in the ground'. The Llandeilo headache was resolved by a neat reversal of the policy, thanks to the useful support Plaid give Labour in Cardiff. The second was more curious....

As the email trail below shows, on the orders of their client (presumably the Welsh Government minister) the bypass contractors were quickly dispatched to park a large and very visible digger in the most prominent position possible, giving the impression that work had started when it very clearly had not. This attempt to con locals purely to protect the reputation of a WG minister may not be the most serious thing in the world, but to do so this clumsily raises important questions.

Lee Waters made a clear promise in the Chamber of the Senedd which, like the House of Commons is sacred, and misleading colleagues and the public in these places is one of the most serious offences a minister can commit. Doing so in error (which can happen) is normally be dealt with by way of clarification and apology, but to do so when the paper trail so clearly reveals a plot is much more serious.

Personally I’m delighted that the project is happening, but if we are to retain confidence in Mr Waters it is important that he explains who gave the orders to carry out this deliberately misleading pretence of construction activity. 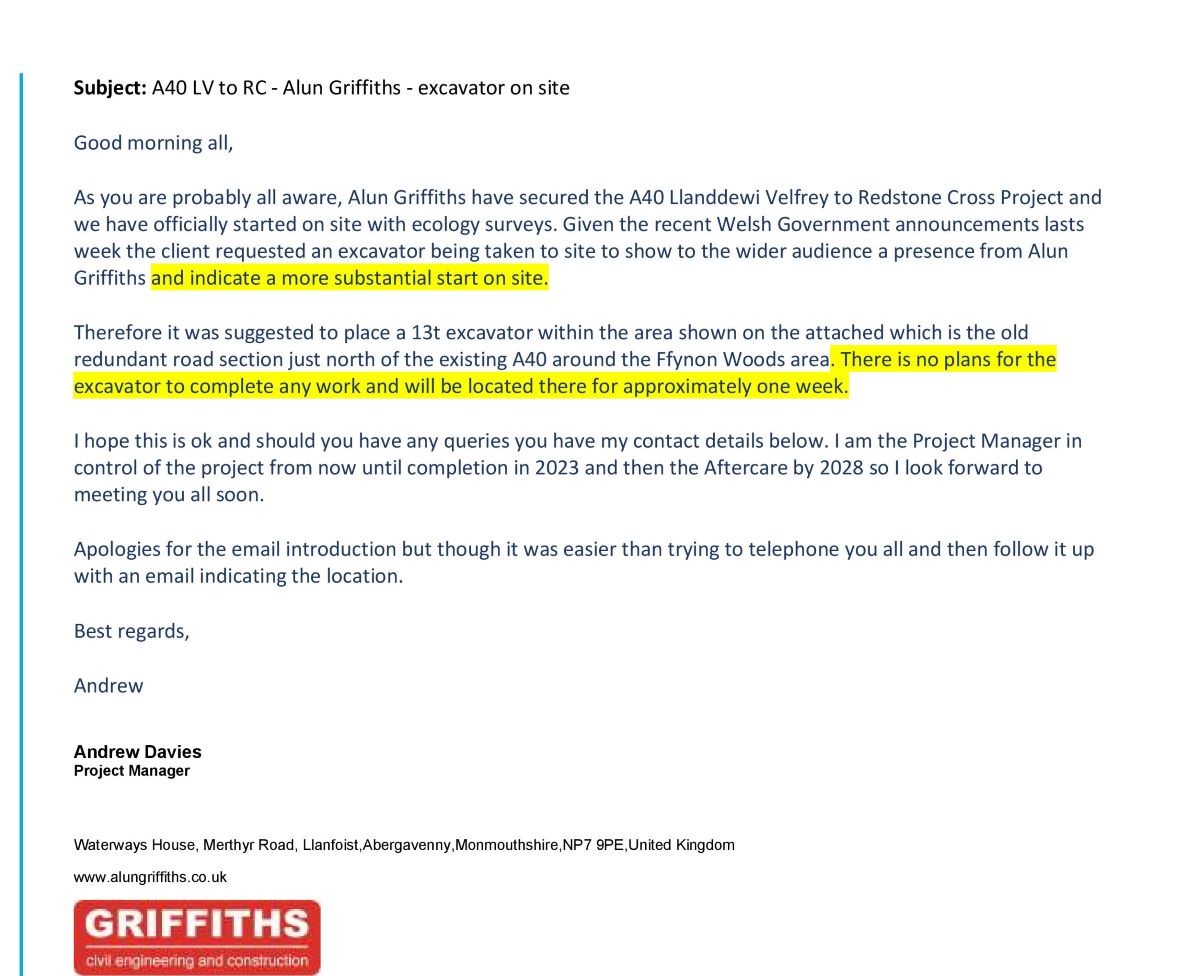 A handy plan provided for the digger delivery: 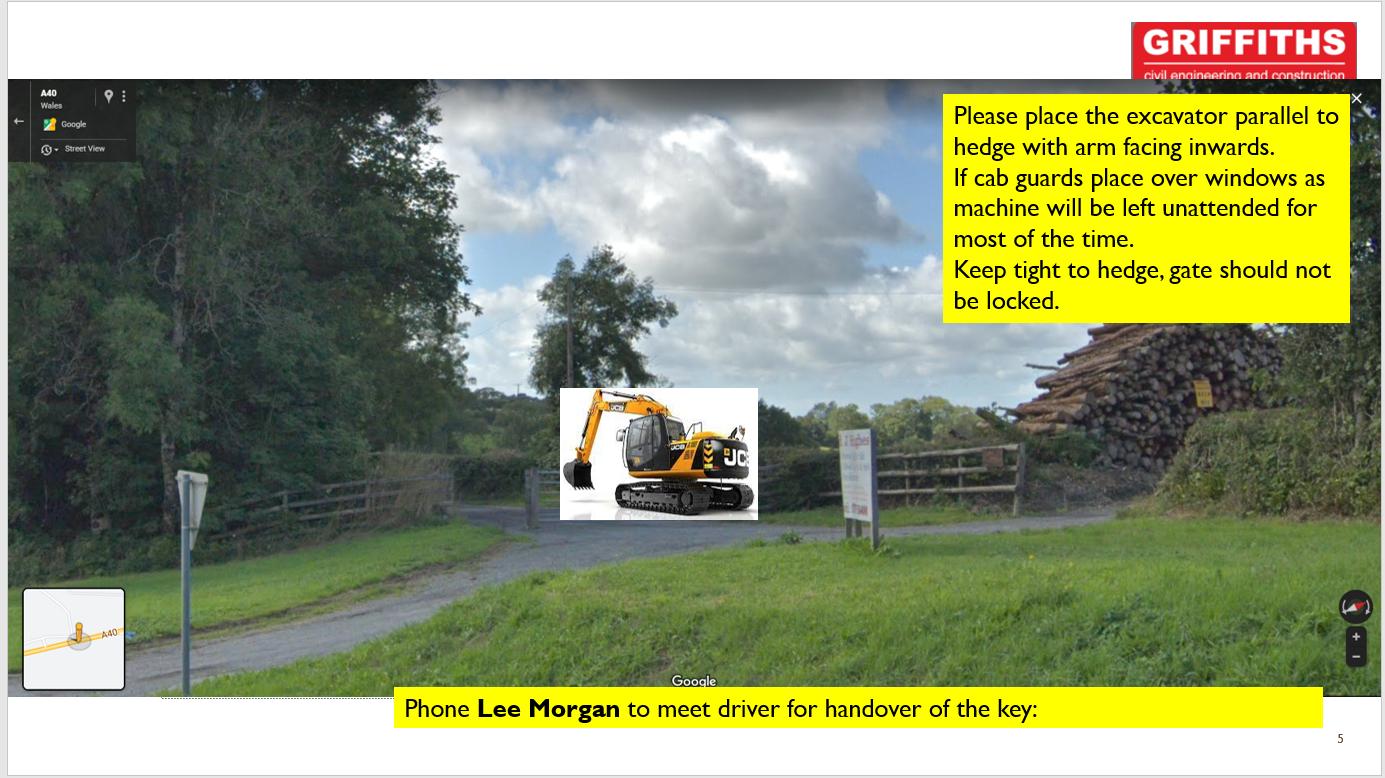 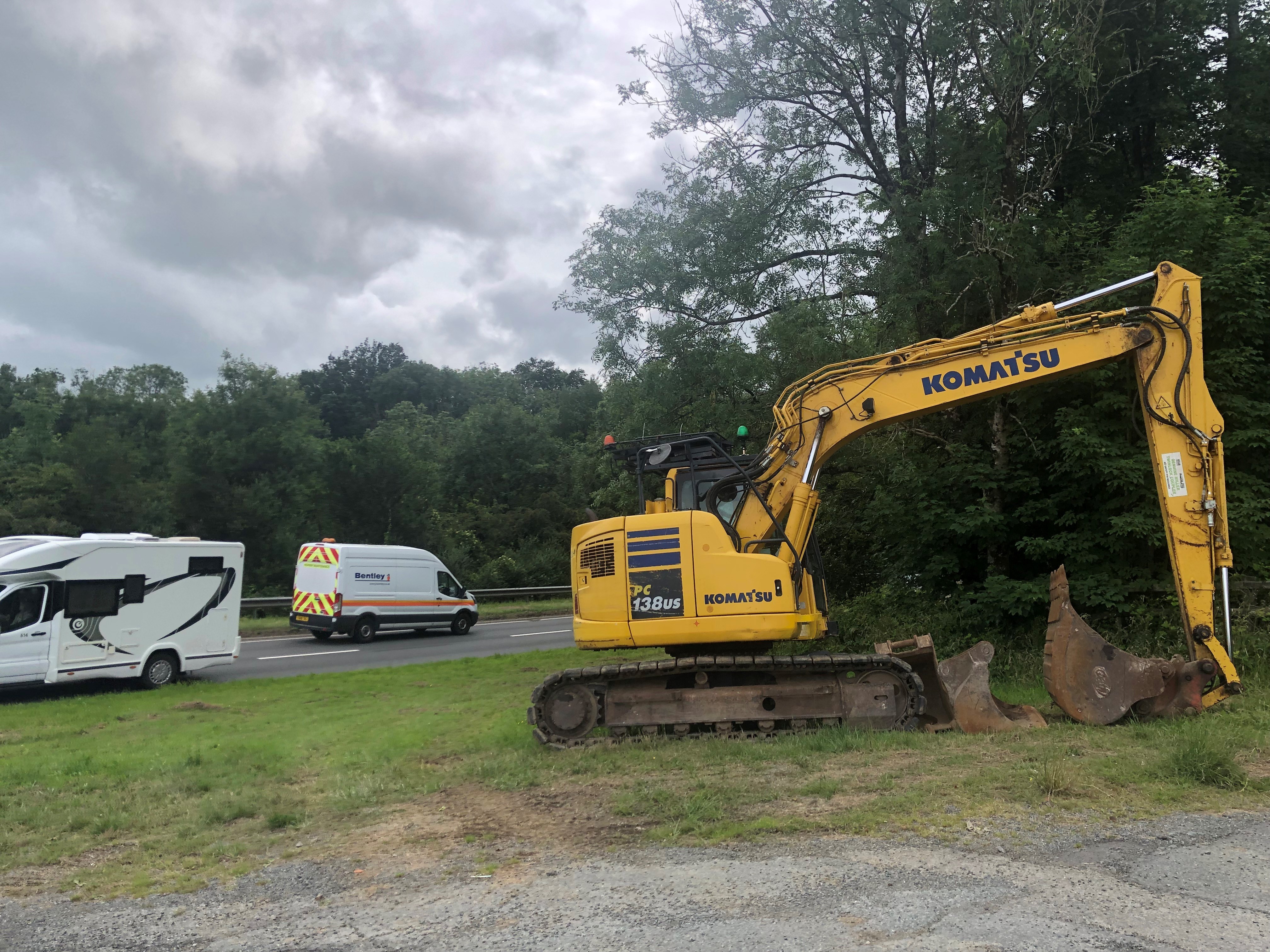