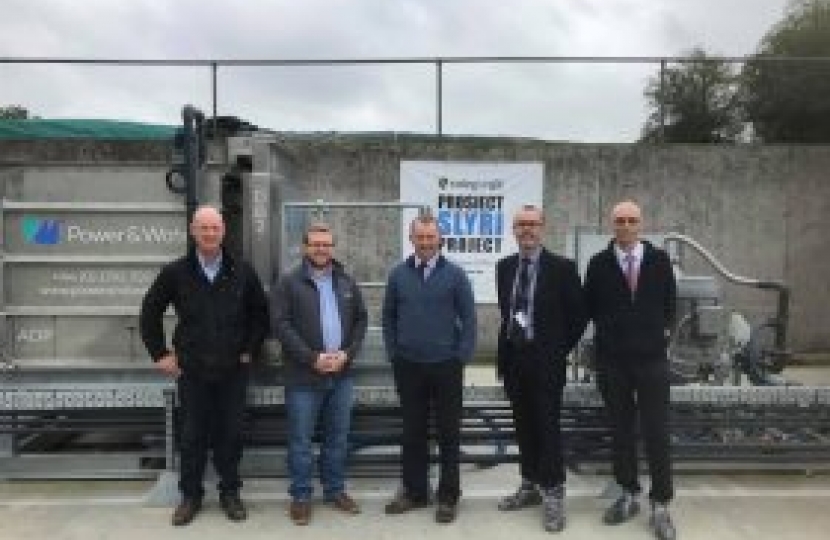 The Gelli Aur College Farm is working with Power & Water, a Swansea-based company that specialises in electrochemical-based water treatments.

Together they have come up with a way to de-water and purify slurry, leaving behind nutritious solids which can then be used as fertiliser.

"Dealing with slurry is one of dairy farmers' biggest headaches," said Mr Hart. "This could save farmers a fortune – not to mention the benefits to the environment."

Mr Hart has first-hand experience of the devastation caused by slurry pollution as a river near his home was poisoned this summer resulting in a significant fish kill.

There are approximately 100 slurry pollution incidents each year in Wales – with 60% of them happening in the dairy-rich counties of Pembrokeshire and Carmarthenshire.

It is estimated that the technology could save a 200 acre, 200 cow farm up to £48,000 a year in savings on fertiliser, water, labour and diesel.

John Owen, farm manager at Coleg Sir Gâr, said: "With the intensification of the dairy industry, slurry management is becoming an increasing issue for farmers and the environment.

"We aim to reduce significantly the risk of air and water pollution at the same time as maximising the recycling nutrient value. This development process will considerably reduce storage of slurry on farms as well as handling costs.

"Efficiently extracting nutrients from manures could save on the cost of commercial fertilisers and reduce serious environmental impact. However poor manure management can cause pollutants, including nutrients, to enter the water cycle through run-off or drainage."