Hope and aspiration. The thirst for unity. A weighty decision. 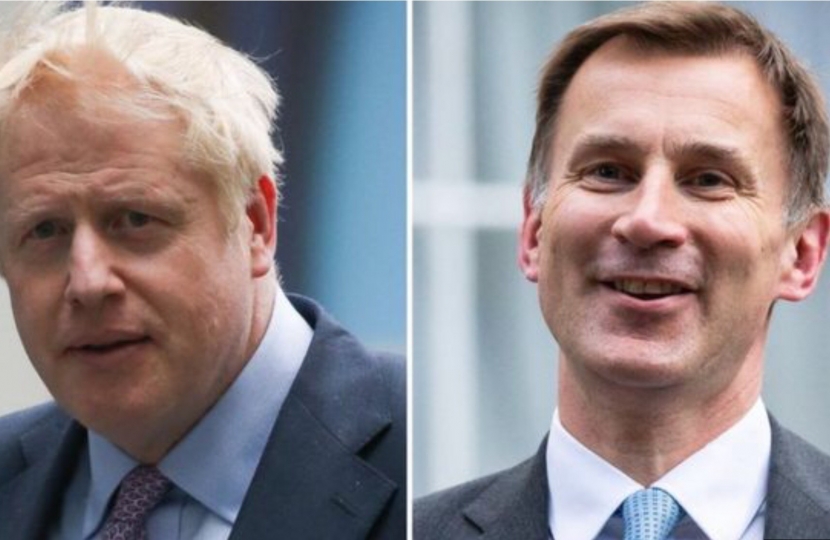 The bookies were right – as usual. We have a Johnson/Hunt run off for leader of the Conservative Party and PM, a weighty decision to be taken by 160,000 people on behalf of 60 million others.

Most of the emails I have had seem disinterested in any of the contenders other than Boris Johnson. He is both our saviour or our destroyer it seems, but nothing in between.

This weekend’s coverage is a case in point. Secretly recording your neighbour's midnight row is in nearly the same league for me as phone hacking, a subject that the Guardian devoted numerous pages to at the height of the News of the World scandals. Evidence of a crime may have justified publication in the public interest, but the police were quick to dispel any claims that this was the case. So, has the Guardian conflated public interest with what interests the public? – the two are different. What next - drone footage through the bedroom window? Recordings of noisy sex?

My support for BJ has bemused some of my readers on here – after all I have been pretty vocal in my criticism over the last year or more – and I’m known to favour Brexit with a deal in preference to one without. But the question of who might lead our country extends beyond Brexit, beyond the lurid stories of the past, beyond character traits and weaknesses relentlessly repeated by the media and which (in some cases) aren’t even true anyway. Show me a human being without flaws and I will show you an illusion. I know I made decisions in my teens which make me cringe when I look back at them now. I wasn’t thinking that I might be in a public role 30 years later – any more than I guess Michael Gove or Rory Stewart did when they sniffed or inhaled whatever it was on offer all those years ago. I have never sniffed, inhaled, injected or consumed anything illegal in my life, not thanks to clever foresight, but thanks to the temptation never coming my way. A friend and I once smoked our way through something resembling a dried banana leaf stuffed with dead grass only to discover (thanks to no discernible reaction), that’s exactly what it was - and it cost a tenner.

So whilst Stewart may be the cleverest, Hunt the smoothest and Gove the most consummate politician, it is still Johnson who is the most fascinating, and therefore the most electable. He’s the one who turns heads, generates debate, provokes discussion, fills halls and occupies the political thoughts of young and old from one corner of the UK to another. Hunt could be interesting - quiet, determined and seemingly diffident he doesn’t exactly get the pulse racing. The sort of batsman who ‘never hits the ball in the air’. On most measures Johnson should outplay him, but a month, let alone a week, is a long time in politics. Jokes can wear thin, gaffes can be made, moods can change.

We know where we are with BJ, everything we know about him is already priced in. But Hunt? Can he really be as awful as junior doctors and nurses suggest (he was the longest serving health sec ever). Can he really deliver an orderly Brexit by 31st October and, if pushed can he excite and inspire Britain’s voters to reject the Corbyn alternative in favour of a fourth Tory term?

If times were normal that might be possible. If we were handing over the reins of power from a distinguished and successful administration with Brexit safely in the bag, then maybe. But we aren’t. We may be a fractured party, government and country, but the thirst for unity and ambition remains. Despite the hard left’s best efforts, success is not a shameful place along life’s journey. If Johnson can restore hope and aspiration, then there is no limit to the positive possibilities that we can achieve.